What can you do to minimise the tax payable on your superannuation entitlements upon your death?
If you die with super assets, then your estate will potentially have to pay superannuation death benefits taxes. It all depends on whether you have made a valid binding death nomination in favour of a dependent at the time of your death. Examples of dependents include your spouse and any minor children. However children who do not live at home and are not financially dependent on you are not considered to be dependents.
Example:
Anne has two children Tom and Rebecca. Tom lives interstate with his spouse and their children. Rebecca still lives at home with Anne and is at TAFE. Anne’s assets include her home valued at $600,000 as well as $600,000 in superannuation. Anne wants to leave her superannuation benefits to her two children, Tom and Rebecca, in equal shares. If Anne has $600,000 in superannuation then Rebecca will receive $300,000 tax free on Jane’s death as she is still considered to be dependent on her mother. However as Tom is not dependent on his mother, his share of the superannuation will be taxed as high as $45,000 (excluding the Medicare Levy) .
However if Anne included an adjustment clause in her testamentary trust will then her home could be transferred to Tom tax free and her superannuation transferred to Rebecca tax free, equating to a total tax saving of upwards of $45,000.
TIP - If you have super and have non-dependent children, you should immediately seek financial advice, review your Will and your superannuation death benefit nominations.
It is often the case that the powers that can be exercised by the executor (as trustee) under the applicable legislation are too narrow. Therefore, it can be worthwhile granting the executor a greater scope of powers in your Will to take advantage of any relevant options. This may include the power to appropriate assets to beneficiaries in satisfaction of their entitlements in the estate. In this way, the executor may be able to postpone capital gains tax and possibly minimise or eliminate it altogether by allocating superannuation assets appropriately, depending on the taxation position of the various beneficiaries. 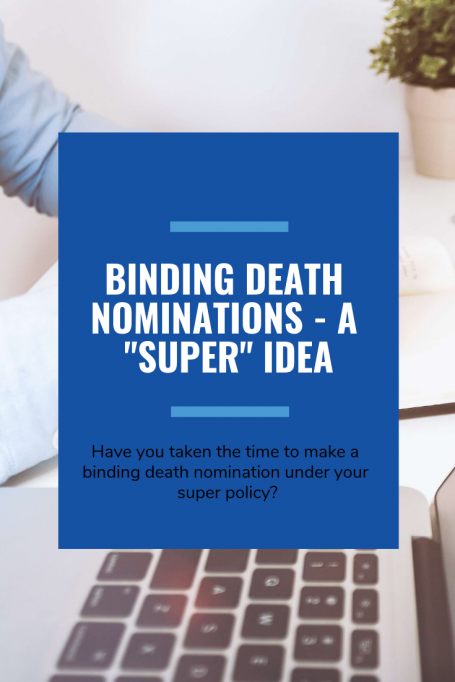